In my prior random notes, I commented that I wasn’t a fan of the keyboard on my 2019 MacBook Pro, from a feel perspective. Two points on that: 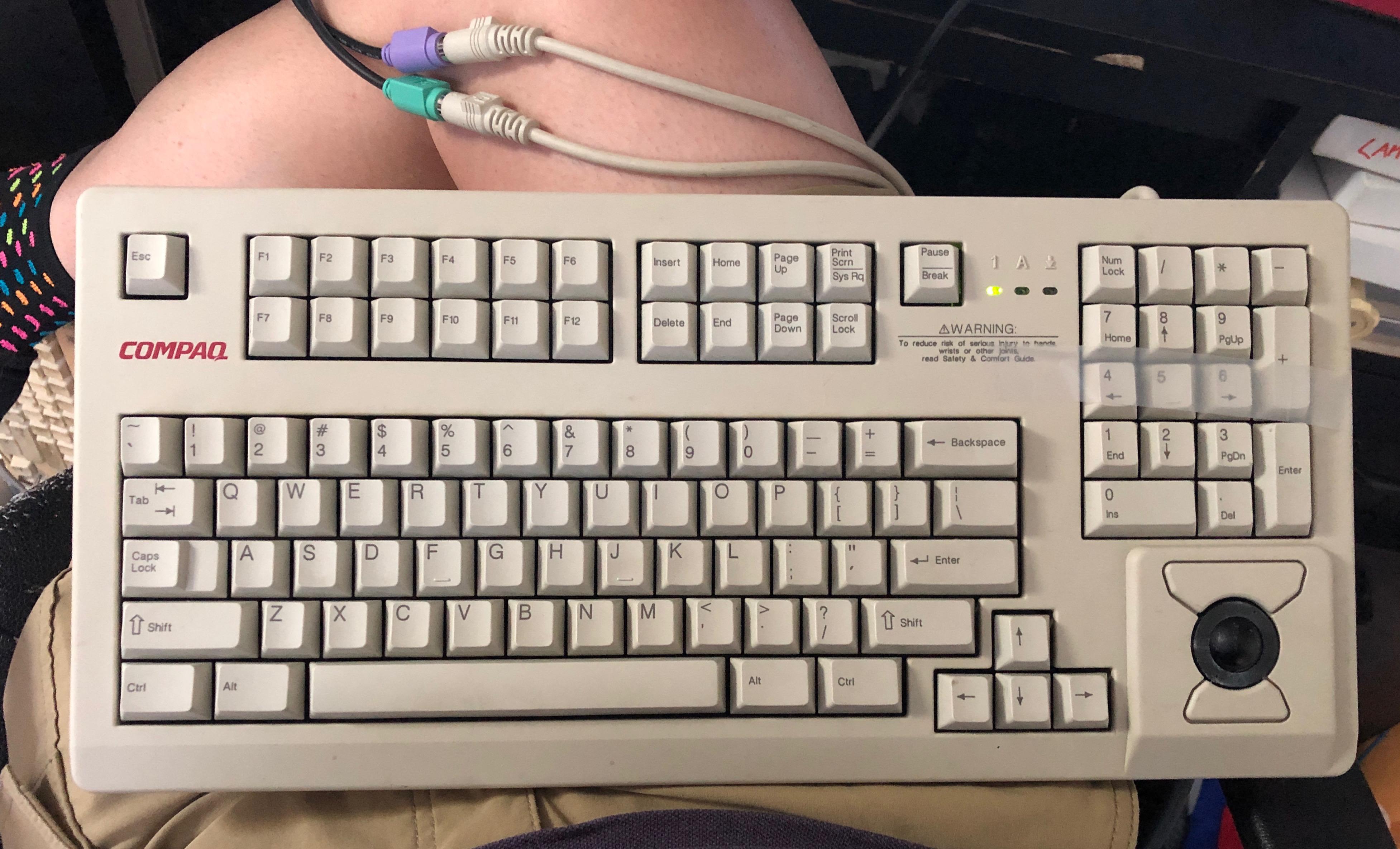 OK, one other trade-off is the odd arrangement of the function keys. As I’ve said, I’m not sure how useful they are in GUI-space. The only one I use with any regularity is F2 in Excel, to edit a cell.

I had a bit of a tradition, for my personal laptop, to adorn it with stickers. I had some cool ones. “My Other Computer is a Cray” or “I

So far, though, I haven’t put one on my current Macbook. I’m not sure if I’ve outgrown that, like it’s current clean, professional look, or if I just haven’t felt strongly enough about anything to put on it.

I’m kinda hoping it’s that I haven’t gotten around to it or just like the look of the box. I’d hate to think I outgrew that.

I confess to having a red squiggle dependency. I look for software to help me spell right. I will type a word I’m unsure of. Then, I’ll pause to see if the red squiggle appears, taking satisfaction if it doesn’t. I’ve caught myself doing that when writing with a pen! The real-time spell check was a game-changer in Word 95–before that, you had to actually run the spell check function as a separate process. I confess I forgot to do that more often than not before submitting a document.

Gradually, this became standard. Web browsers got that capability, which was extremely helpful as I had to complete more and more web forms for work. It made its way into the rest of the Office suite, and became a standard in other programs as well. When I discovered Flyspell, I was able to bring that capability to EMACS. Not only do I get a red squiggle in the GUI, but it adds real time spell check and highlighting in console mode. Take that, WordPefect 5.1!

My small question: the Notepad app is the text editor that ships with Windows. Why does it not have any spell check at all. It doesn’t just lack red squiggles; there isn’t even the Old School “check the spelling when I’m done” system. Why not?!?!

I’m honestly surprised, at this point, that spell check isn’t a system service that any application can simply plug in to. In that case, any application calling for standard text entry windows could plug into it–it would be everywhere!